There is a special music night at Jack Dusty’s next weekend - a belated tribute to one of the city’s best guitar players.

Mike Everard, most recently in the spotlight for his dynamite blues playing with Hybrid Blues, died earlier this year after a long battle with cancer. 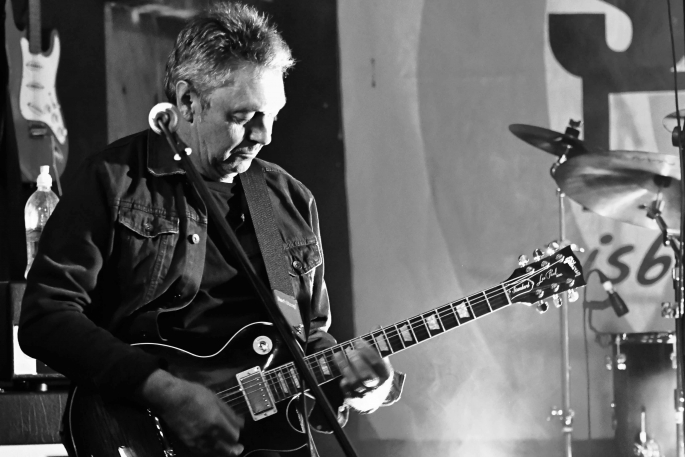 The opportunity to farewell him has been difficult to arrange but, with venues back in level two, Jack Dusty’s in Bureta - a venue Mike played at often and which has been right at the front of the push to return to live music - seemed like the ideal place.

Mike had been part of the Tauranga music scene for the past decade, having returned from living in London and Australia in 2011.

He played with a lot of bands here. That can tend to happen when you are an experienced and versatile guitarist and a nice guy. And Mike was certainly both of those things. When I saw him perform last, which I think was at last year’s Rotorua Blues Festival with Hybrid Blues, he was obviously not well, but still playing brilliantly.

I literally lost count of the number of people who came up to me and told me what nice guy he was. Everyone seemed to have played with him; everybody liked him.

Mike, of course, played before heading overseas. He picked up the guitar when he was 14 and it became his life-long passion. He always had a preference for blues-based rock and soul, and early influences included Albert King, BB King, Eric Clapton, Rory Gallagher, Richie Blackmore and Zal Cleminson.

For those unfamiliar with that last name, Alistair MacDonald “Zal” Cleminson is a Scottish guitarist, best known for his prominent role in The Sensational Alex Harvey Band between 1972 and 1978.

Mike spent a few years with Auckland bands, playing covers on the pub circuit before moving to Australia.

He took a long break from playing while living overseas to focus on his non-musical career, his wife Cheryle and their children, but when he returned to Tauranga he plunged back into music. Amongst other ventures he formed local covers band Eclipse, which includes Anna Crusis on vocals and his son Jason on keyboards. They performed regularly up until his last few months.

And Mike played with a bunch of other outfits here, including Keel, Derek Toner’s band Tuner and The Sid Attwell Band. In recent years he also played with Chill Factor, the house band for that regular Wednesday institution, the Tauranga Blues Jams.

But perhaps his greatest musical achievement was the album he made last year with local original band Hybrid Blues. They had been looking for a guitarist and had tried a couple before Mike, but the minute he joined the band it all came together.

What they produced was a dynamic collection of varying blues styles which saw Mike employ a huge variety of tones and approaches, showing his time in cover bands had been well worthwhile as he created a far more interesting and varied musical accompaniment than a straight-ahead “blues guitarist”.

So what’s happening on Saturday, November 20? First of all, be warned - you will need to book a table. And you’ll probably need to do so swiftly. We are still in level two, which means everyone has to be seated. And no dancing. I was asked to warn any potential attendees that seating is limited and a big crowd is expected.

I was also asked to encourage everyone to be there at 5:30pm as there will be some personal tributes from family and friends. The general theme of the gig is to pay tribute to Mike whilst acknowledging the variety of musical endeavours he has been part of, specifically playing original music, playing cover songs, and just getting up and jamming.

So after the tributes there will be original music played until 7pm, followed by an hour of jamming. Then the rest of the evening - I think the music runs ‘til 10pm - will be taken playing cover music; all the songs Mike most liked to play.

Many musicians who played with Mike will be joining the line-up - a special farewell for someone who gave so much pleasure to people with his music.