Please try not to kill musicians

I thought I’d narrowed last week down to gigs that would definitely happen. Yeah right.

The Legends Live show (December 4) is off - the latest in a long line. But finally I get the feeling things might be about to turn a corner, at least in live music terms.

We seem to be getting to the pointy end of things, specifically to the vexing issue of vaccine and mask mandates. A number of people are becoming increasingly vocal, and inconveniencing other folk by driving really tardily. Good work there – thank you for contributing that peculiar slow-motion tantrum to society.

But I do feel a certain right to broach this subject, since vaccine and mask mandates are going to have a direct effect upon whether live music returns to many venues and events. Oh, and those increasingly vocal people? There are only a few of them; turns out the vast majority value their safety and support mandates. I know most musicians do.

More than a few have in fact been avoiding playing live because of the risks. I know musicians who are immunocompromised. They are unable to be vaccinated and are therefore at greater risk of catching Covid. Oh, and if they do they’ll most likely die. They support vaccine mandates for venues.

Other than that, I might mention that I’m really struggling to remain polite to the “vaccine-hesitant” as I listen to the illogical nonsense many spout. Of course, when polls show that 20 per cent of the vaccine-hesitant would get vaccinated if given $100, you really start to lose sympathy for their reluctance.

I know people who, a few years back when party pills were legal, would gobble the damned things by the handful every weekend, happily declaring that they weren’t sure what they’d do but it would be fun. At some point it usually involved them getting the chills and feeling sick, but there was plenty of drinking and dancing before that so who cared?

Now those same people tell me they’re refusing a vaccination supported by an absolute majority of the world’s scientists, that has been rolled out to billions without noticeable problems, because they “don't know what’s in it”.

Then there are the people who don’t like to be told what to do. No government’s going to take away their freedoms. If they’re old enough I suspect they’re the same people who vowed never to have a drink again in a pub when smoking was banned indoors by “the smoking Nazis”.

Yep, that old Nazi thing again. Funny how quickly those people’s boycott of pubs passed, pretty much as soon as it inconvenienced them...

And hey, I’m sorry to keep using blunt terms like “you are going to kill people”, but I’m not exaggerating. There’s going to be Covid all around us and I’m sorry if you feel your freedoms are being impinged upon, but as far as gigs go I’d like to see musicians feel safe enough to go out and play without fearing for their lives. And yes, I’d prefer it if you didn’t kill them. 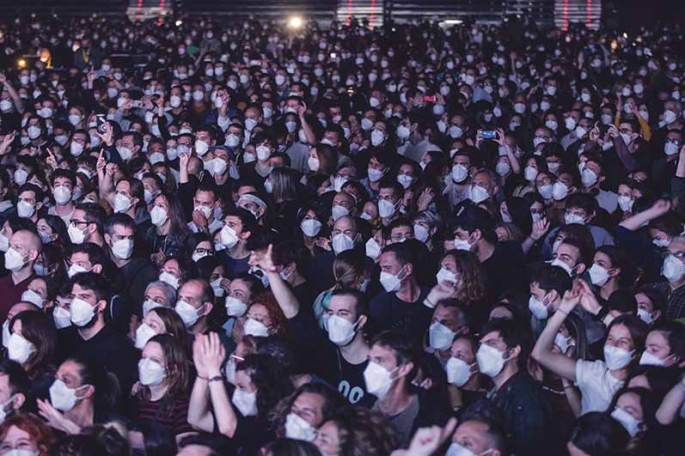