An Italian tourist has had an unwelcome Waitangi Day encounter with what it believed to be a stingray at the Mount beach this afternoon.

The man suffered a large laceration to his lower leg while bodysurfing.

Local surfer Colin McGonagle says he assisted him to the beach where holiday goers attended to him until the Mount Lifeguard Service and ambulance staff arrived.

"He was in shock and kept saying how painful the laceration was," says Colin.

"I understand that the barb has toxins that if not treated quickly, can progress into the blood system."

"He was due to fly out in five days."

University of Waikato researcher and PHD student Helen Cadwallader says stingray are often spotted at the Mount beach and Tauranga harbour during summertime.

She says while sightings can be special, members of the public should enjoy the experience but leave stingrays alone.

“Stingrays have a spine on their tail that can cause extreme pain and quite a lot of damage, but they won’t ‘attack’. They don’t go out to chase you down and attack, what they do is entirely self-defence.

“They may for example lash out if they get startled or feel threatened, for instance if someone swims over their back and it doesn’t know they’re there, or if they’re stepped on.

“The safest thing to do is give them as much space as you can.” 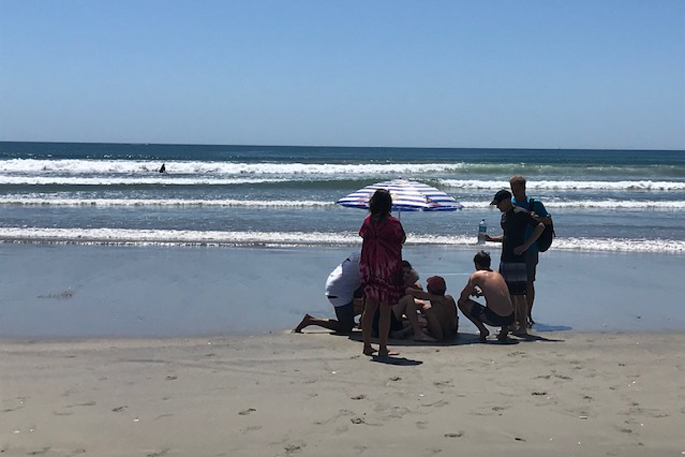 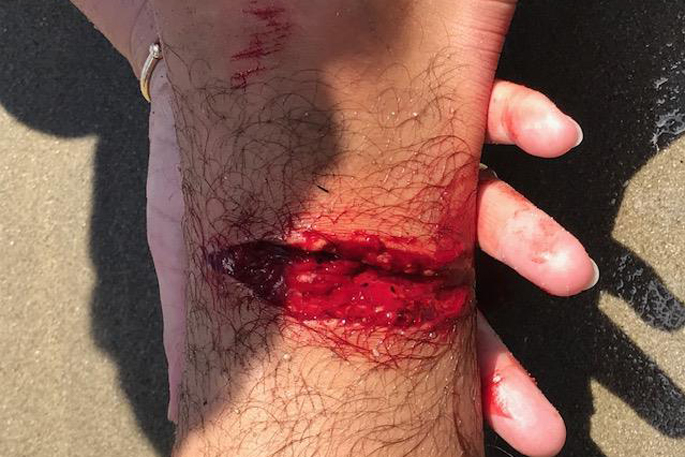