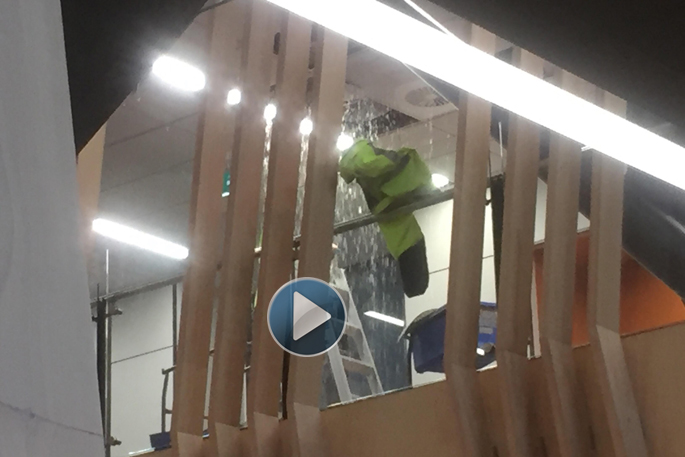 The second floor of Waikato University’s Tauranga CBD campus has been evacuated this afternoon due to flooding.

A member of the public at the university contacted SunLive in regard to the flooding, and they say it is likely to cause “very bad damage.”

The person says classes have been cancelled on the second floor.

"It's a bit like a washing machine or heat pump connector, and obviously it's a big building, so it means a reasonable amount of water came down.

"As a precaution we evacuated it so it didn't cause poeple any problems and until we were aware of what the situation was."

Alister says the clean up crew are working at the campus now, and classes will be fully operational tomorrow.

"While class schedules remain unchanged from Tuesday August 6, students should check information boards at the Student Hub upon arriving at campus this week to check for any changes in classroom locations."

Contractors are currently fixing the hose and drying out the carpets.