Protest to save Bayfair underpass

Bayfair residents are planning a protest ahead of the demolition of the Matapihi to Bayfair underpass.

The underpass, which runs under State Highway 2, is set to be demolished within the next four weeks and there is no plans for it to be replaced.

The Bayfair Underpass Alliance has formed to ensure the current pedestrian underpass is maintained at the Bayfair roundabout on the Baylink Project.

The group has a protest planned for this Sunday.

One of the Bayfair Underpass Alliance members Philip Brown asks the question, ‘have you thought about how people are going to cross the roundabout after it goes?’

While the underpass may be something some residents use every once in a while when they are in the area, a lot of residents and cyclists still use it as their main way of cross the state highway.

“A lot of people still have to cross that road,” says Philip.

“Lots of cyclists go through there on the way to Downtown Tauranga. So we, the Bayfair Underpass Alliance, is primarily about keeping the existing underpass to keep the message simple.

“What we want to do is to get a show of support so we can film it and use it to show the general public, in particular the government, that there are a lot of people that don’t agree with the decision to not have an underpass.

“We are hoping for lots of people on bikes to have a nice cycle through the underpass and film it,” says Philip.

He doesn’t know how many people are planning on turning up on Sunday, but says the biggest problem is that nobody knows it is happening. 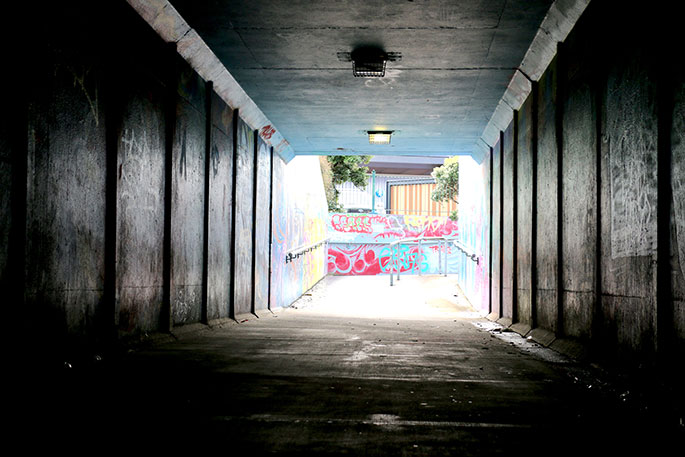 “Well, very few know it is happening. For some reason it’s just dropped under the radar and the biggest problem is trying to tell people what’s happening because most don’t know and then when they find out about it, they turn around and go that’s a no-brainer, why are they doing that, it’s stupid.

“So we’ve got to get enough people saying it’s stupid and turn up on the day to give us support to send a message to the government.

“Cycling or e-biking is the way of the future to help our transportation problems, not to solve them, but to help them.

“We don’t want cyclists and cars to mix on a busy roundabout, that’s not the desired outcome. It’s dangerous.”

He says the existing underpass could be kept where it is and there is a possibility they’d just have to make it a little bit longer.

“There are options, but we’re getting a blank wall from NZTA who are pointing the finger directly to the central government or to Phil Twyford’s office saying can it, can the underpass and don’t build a replacement.” 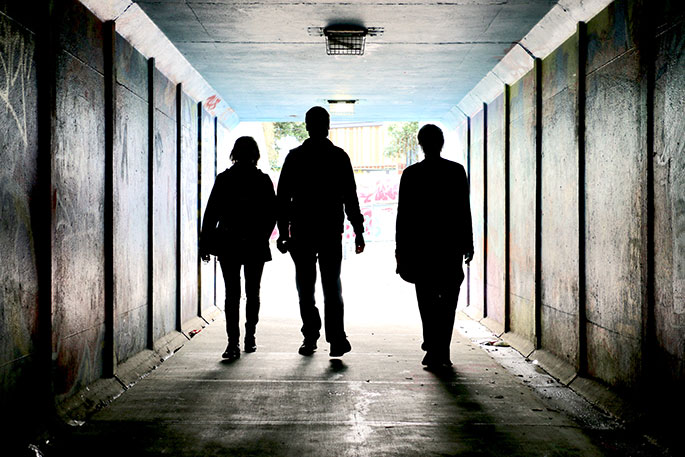 For the protest this Sunday August 25, there will be a children and families part to kick it all off.

“About half an hour later, we want people on bikes to just start turning up and parking their bikes on Mataphihi Road, just to show their support of the underpass.

“Bring along placards, signs, everything, so we make a good visual newsworthy event.

“Then we’ll finish off with a bike procession through the underpass out through the Bayfair carpark and up to Arataki Park.”

Philip says he hopes people will support this protest and this cause because the more support they get, the more chance they have of changing people’s minds.

The Bayfair underpass protest will take place on Sunday August 25 from 1.30pm.

For more information or to join in on the protest, visit the event page on Facebook, or click here:

@ Mommatum there is a FB page, Bayfair Underpass Alliance - check it out!

there is so much concern about road safety and the brains behind roading wants to take away the safest route for pedestrians.what a no brain descision

i totally agree...why would you remove something and not replace it if it works now...i can see many a person getting hurt and even worse, getting killed trying to cross when this is all finished.... :(

Re the comment about people not knowing this protest is on. Firstly, does the Underpass Alliance group have a Facebook page. If not they need to create so they can keep people informed and advertise activities. Secondly, why choose a Sunday when people are often preoccupied on the weekend? For maximum impact protests need to be seen by as many people as possible.

...that the effort required to remove the underpass could be used to extend it, as the locals are saying? Underground solutions don’t impede traffic flow and it is already in place. This needs more thought by planners.