A truck has crashed on the Wairoa Bridge. Images/Video: Daniel Hines/SunLive 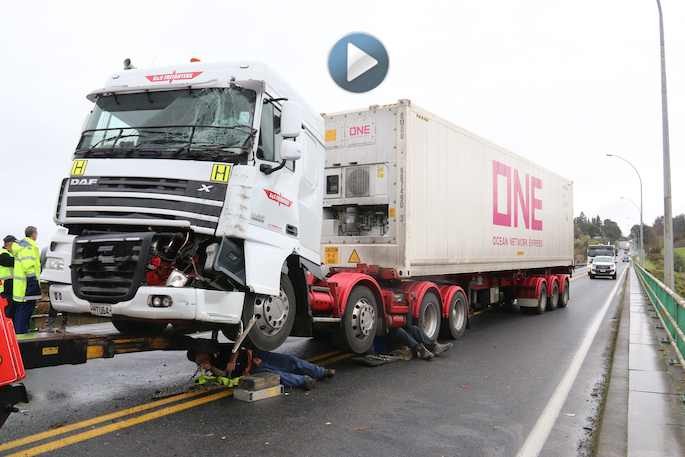 A caller to the 0800 SUNLIVE news hotline says traffic is flowing.

"There is sawdust on the road and something to soak up what looks like oil.

"Traffic is backed ujp a little north, but it still flowing."

NZTA says congestion in the area has now cleared.

Massive traffic delays are being reported on State Highway 2 following a crash north of Bethlehem.

A caller to the 0800 SUNLIVE news hotline says there is a crash on the Wairoa Bridge.

"There are massive traffic delays and it looks like the bridge is completely shut down."

The NZTA says the highway is closed due to a crash on the Wairoa Bridge.

"This section of road is currently blocked. Expect significant delays or avoid the area if possible." 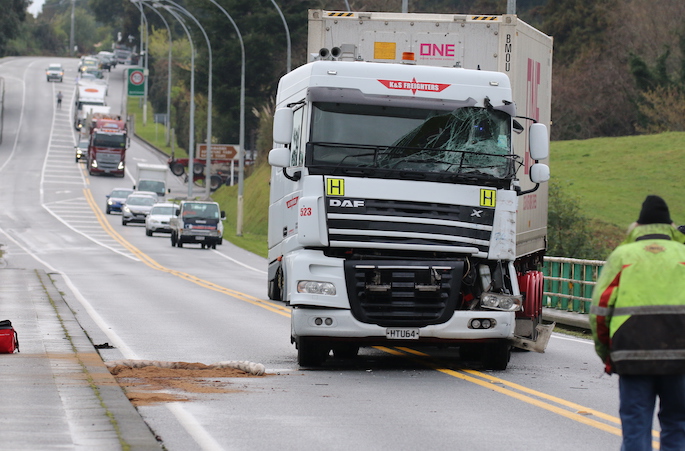 Motorists are advised to avoid the area if possible or expect delays in there travels.

Another caller says she saw police in the area earlier this morning investigating a scene where a car was in the river near the bridge.

"There was no one with the vehicle, just police."

A police spokesperson says they received a call to the crash after 8.30am.

"Traffic is reportedly backed up as the road is blocked and the bridge is closed.

"Emergency Services are working to clear one lane."

Police say there has been a chemical spill as a result of the crash, but there is no risk to the public and environmental staff are at the scene.

"Diversions are in place for traffic but we'd advise motorists to avoid the area if possible. " 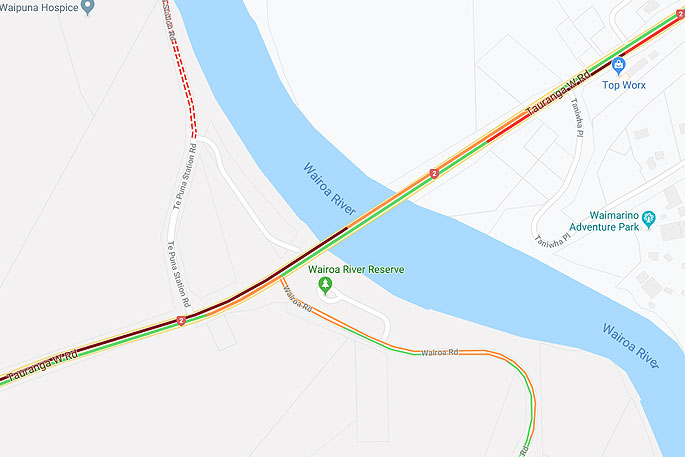 The dark red indicates stalled traffic either side of the Wairoa Bridge. Image: Google Maps. 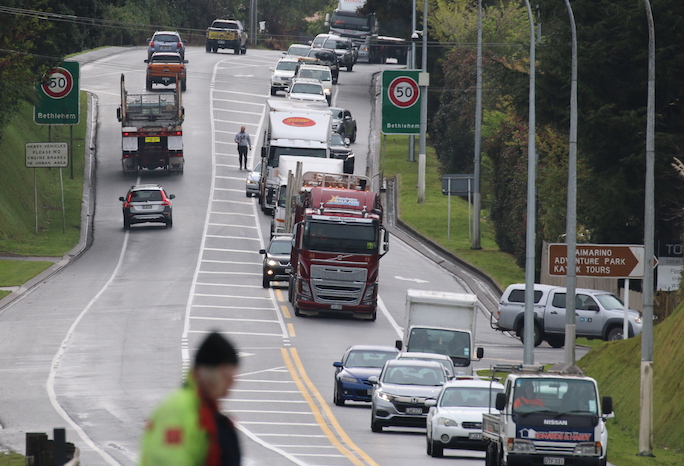 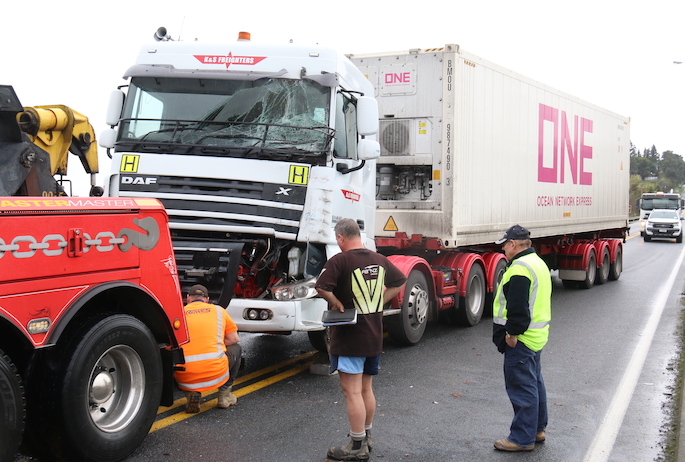 Idiot drivers rubber necking and not concentrating on driver and worse still a truck driver and they blame car drivers, just lucky no one was hurt or killed. Lets hope his boss doesn’t give him another truck. There is nothing wrong with that road its the drivers.