Chiefs rugby players at their training at The University of Waikato Adams Centre for High Performance. Photo: Bruce Barnard.

Mount Maunganui residents can expect to run into some of the nation’s favourite sports people on their streets, this month.

A number of high calibre athletes will be in town to train at The University of Waikato Adams Centre for High Performance.

The men’s Black Sticks, Chiefs, Vodafone Warriors, and the Belgium men’s hockey team, are all making the most of the Centre’s facilities over January.

Black Sticks Men’s Strength and Conditioning coach Scott Logan says his squad is using the centre’s gym for training in the lead up to the Four Nations Hockey Tournament under way at Blake Park from January 17-21.

He says the team also used the facility in 2016, as a way to build up to the Olympic Games during a series against Japan which was played here.

“We really enjoyed it and hence the desire to get back in here and train. The environment down here is amazing with the other high-performance teams and athletes all thriving in the space and the environment radiates success.

“The space is very similar to the one we train at on a weekly basis in Auckland, so coming down here allows us to seamlessly get on with our training,” says Scott.

Both the Chiefs and Warriors will also be in town for pre-season training.

As was also the case last year, the Chiefs are using the centre as part of a pre-season training tour.

Training at the centre for the first time on the other hand is the Warriors.

Centre’s manager Justine Brennan says a comprehensive training camp package has been organised for them.

“They have been specifically drawn to the Mount by the Adams Centre. Here they will have use of the centre’s video analysis facilities, seminar rooms, recovery pools and gym training equipment.

“They will get to relax in the athletes’ lounge between sessions and will be fed by our high-performance catering partner, Good Things Catering,” Justine says. 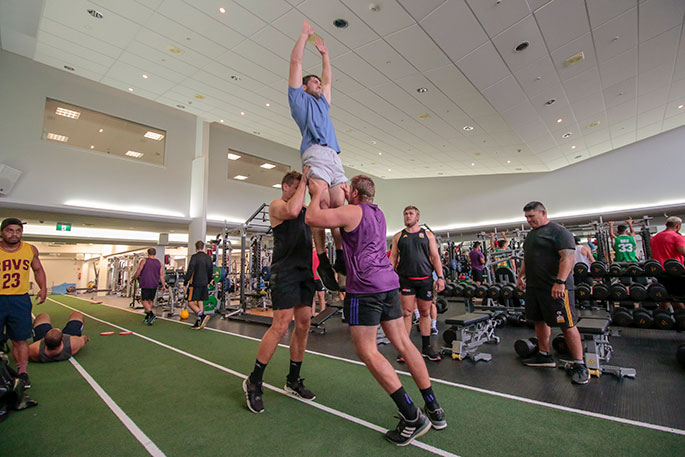 “The facilities are first class. The centre meets our needs with the gym, recovery pools and meeting rooms all in one place, and with the fields right across the road,” he says.

Justine says the centre is enjoying a growth in interest from high calibre teams.

She says word has got out, amongst New Zealand’s well-connected high- performance sport community, regarding the centre’s merits.

“There are two reasons a high-performance team will visit Tauranga. They come here to compete, or to train.

“Generally, those who come to train, come because of our high-performance centre – they wouldn’t have come otherwise.

“Many of the teams coming here for competition want to train, while they are here, in a centre that is up to their standard.

“Before the Adams Centre they would have come to Tauranga to play, but may not have been able to train effectively here prior to their competition.

“The teams we see a lot of are the large field-based teams with upwards of 20 people needing to train to the same programme, on the same equipment, at the same time. We offer that, and that’s not available elsewhere in Tauranga,” says Justine.

“The Chiefs, for example, use the high-performance centre for pre-season training, bringing a large squad.”

Justine says the centre offers more space than their own training centre in Ruakura, Hamilton.

The University of Waikato Adams Centre for High Performance Sport opened its doors only two years ago.

Justine is optimistic about what 2018 will bring.

“We are seeing a growth in high performance sport as a city and a lot of that is based around the high-performance centre where energy and momentum continues to grow.

“Tauranga City Council took a real punt supporting this centre. I am proud the city is making a name for itself as a centre of excellence for high performance sport.”

Justine says University of Waikato has been instrumental in helping the centre build valuable relationship by staffing it with international leading experts in the field of sport and human performance.

Alongside this Master students assist sporting organisations through their performance enhancement research. 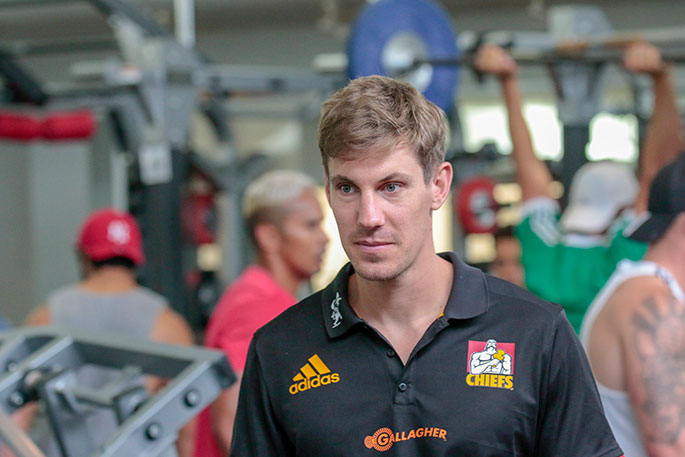 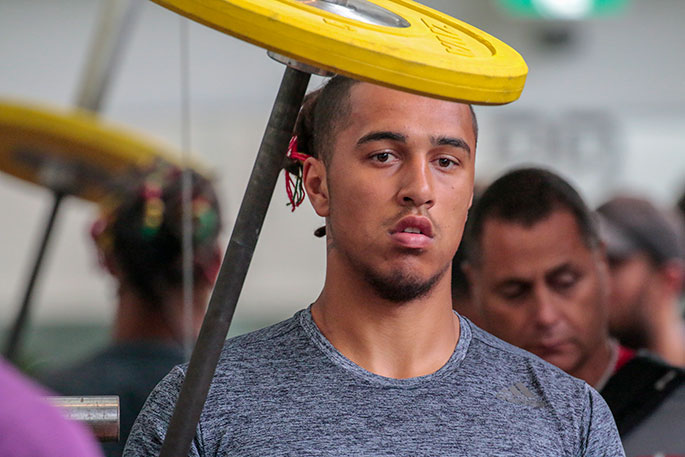