Thick, black smoke can be seen billowing from a fire at a mill near Thames this afternoon.

The building has been smoking for about 40 minutes, says Brenda Ormsby of the Thames Golf Club.

Black smoke can be seen billowing into the sky from a mill near Thames.

It's the second time in a year the building had been on fire, says Brenda. She believes it's the recycling centre.

"It's pouring with thick black smoke."

A St John spokeswoman said that they have one ambulance at the scene and another on the way but were on standby. 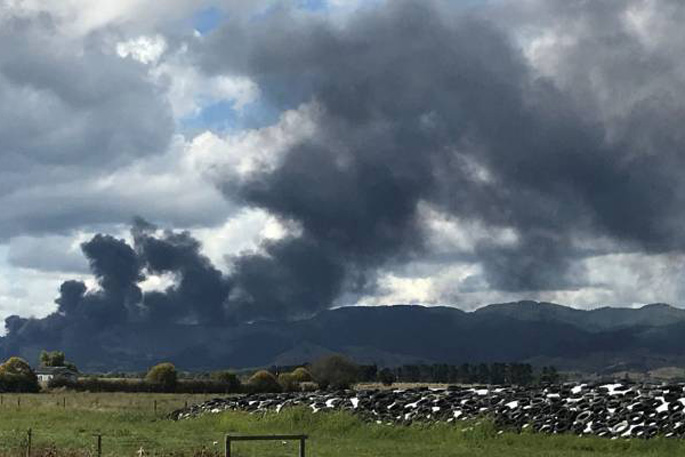 A witness says he has seen plenty of fire crews attending, with at least eight fire trucks.

People have also commented on Facebook saying they can see the smoke 20km away. One says smoke was visible from Ngatea.

A post on the Thames Volunteer Fire Bridge Facebook page says it will be a long few hours yet. 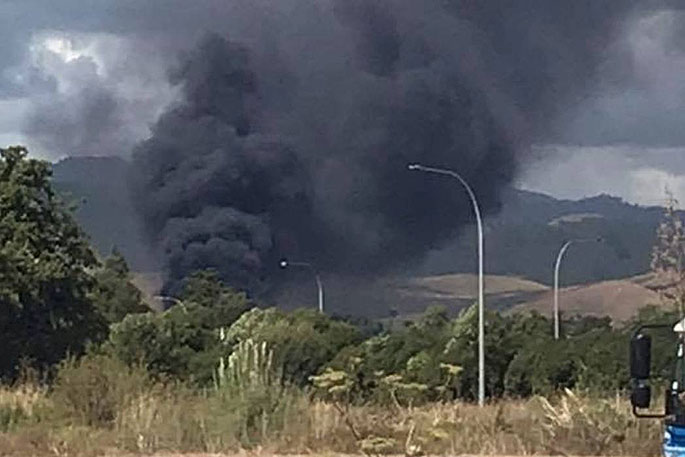 Black smoke can be seen billowing into the sky from a mill near Thames.  RYAN KENNEDY / STUFF