The crash happened on the track near Duncan Lane. Photo: Daniel Hines. 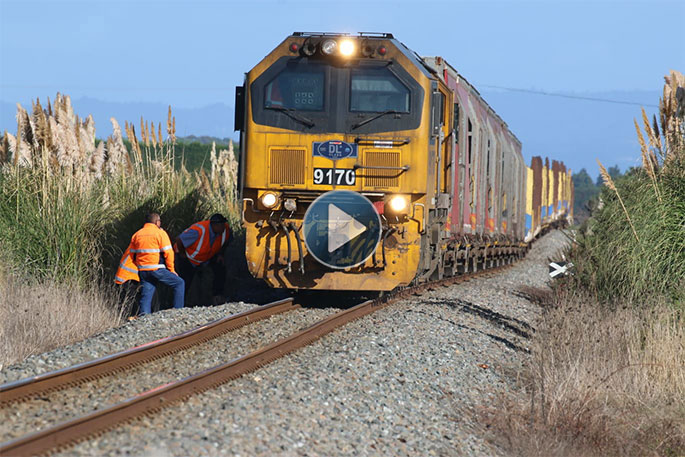 UPDATED 9.38AM: Four people have been injured following a crash between a car and train in the Bay of Plenty this morning.

A train and car have collided on Duncan Lane in the Bay of Plenty, near Pukehina.

The crash occurred at 8.30am and the train will be stopped for some time, says a police spokesperson.

"All were occupants of the car."

Police emergency services are at the scene, but traffic on SH2 is not affected.

A car and train have crashed near Pukehina this morning.

Emergency services received the call to the crash on State Highway 2, near Duncan Lane, just after 8,30am.

A police spokesperson says police are at the scene.