Motorists are being advised to use an alternative route if possible due to road works on SH2. Video by Paul Cuming. 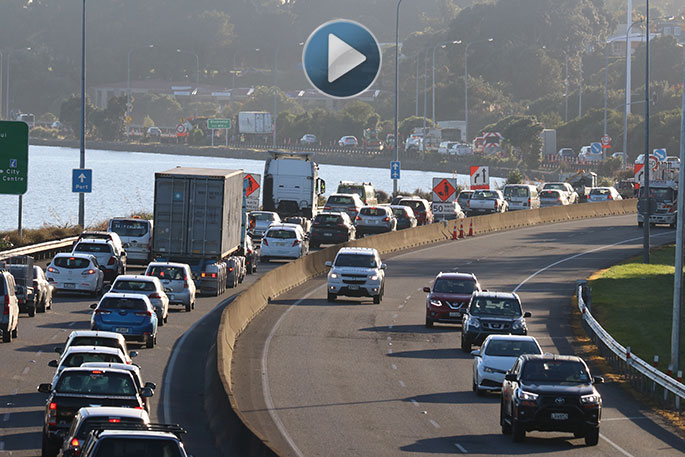 Motorists travelling between Bethlehem and Mount Maunganui via State Highway 2, are being warned to expect significant delays.

NZTA contractors are carrying out major road works on SH2, between Elizabeth and Chapel streets.

A motorist stuck in the traffic this morning says the "toll road is backed-up from one end to the other".

Other people are reporting traffic being backed-up right out to Omokoroa.

“We are asking people to use an alternative route if possible.” 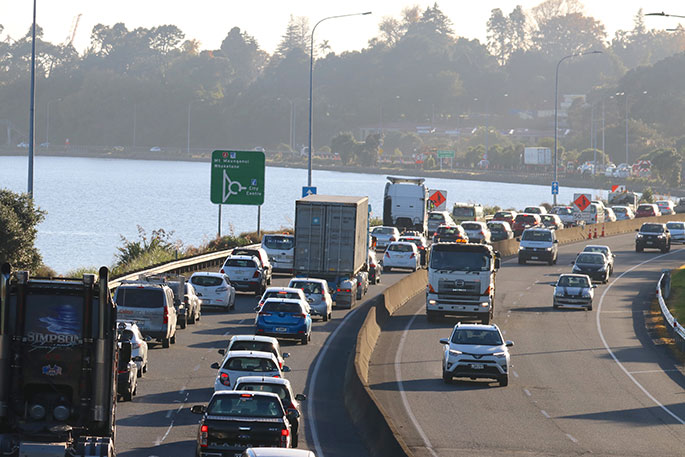 Most of this section of road is around 15 years old and this work will be to rebuild the left northbound lane which carries most of the heavy traffic towards the harbour bridge.

“This road is very busy with around 25,000 vehicles using it per day, and at peak hour we can see up to 2000 vehicles per hour.

“Our contractors will be working day and night six days a week to get the job done as efficiently as possible.

“The work has been programmed to minimise noise at night as much as possible, but some people may hear machinery operating overnight,” says Rob.

People are being advised to consider an alternative route if possible.

What happened to inform the Public prior to the road repairs. Usually, there is a display board on the side of the road at least a week prior to any road works. I travel Takitimu Dr every weekday no signboard. Had this article been posted at 6 o’clock, It would have not taken me the hour and a half to travel from Welcome Bay to the Mount. You can’t plan and make changes for something you don’t know about.

Sorry there must be a better way than holding up all that traffic in peek hours. How early do we all have to leave home to get to work in time. Hope there is a better lan for tomorrow morning.

Can someone tell me an "Alternative Route" when you are travelling from Bethlehem to the Mount ??

Traffic is already a nightmare, why can’t this work occur at night which would allow us to get to work at a reasonable time. This morning took 75 minutes from Omokoroa which is crazy. It appears NZTA have no consideration to the road user.

We can but hope

this massive rebuild will negate the need to constantly patch up this stretch.....