Man shot during siege ‘a bit of a recluse’

Residents of a quiet Tauranga street have described the man shot by police on Sunday as a bit of a recluse.

The man was shot dead after a 14-hour standoff with police during which he is believed to have held three children hostage.

Police were initially called to the Oriana Crescent property at about 12.25am, after a man threatened a woman with a knife.

The woman escaped to a neighbour's house and phoned police, but three children aged four, six and 11 remained in the house. 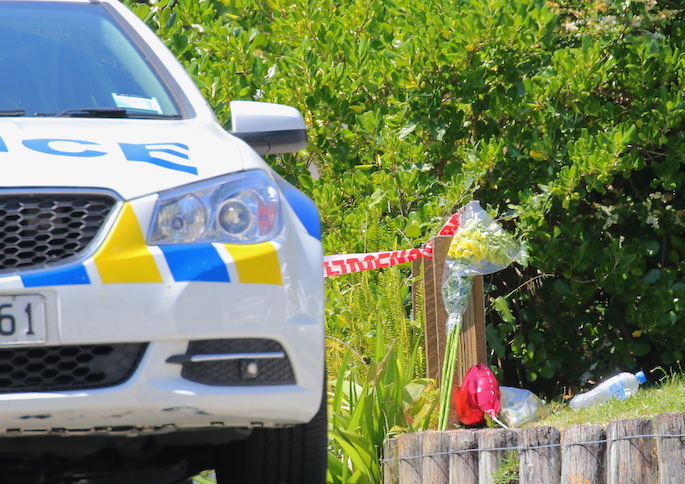 When police entered the house, they found the man holding a large machete to the throat of one of the children, says Bay of Plenty District Commander Andy McGregor.

The man retreated into a wardrobe with the threatened child and a second child.

Just after 3pm, officers entered the property, where they were confronted by the man. He was shot by police and pronounced dead at the scene.

The two children who had been kept hostage are safe and uninjured.

The property in Bellevue is cordoned off with a single orange police tape across the drive.

Marsh lives about 100 metres from the house. The first he knew something was happening came at first light, waking to find the street full of police.

"I saw all the cops sitting out here, all armed offenders squad and everything. I didn't even realise they were here.

"I disappeared for five hours and then couldn't get back in my street and then about 3 o'clock it all turned to s***." 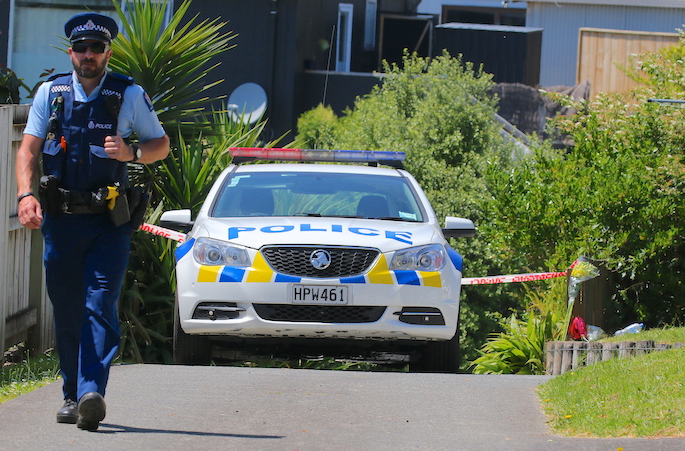 Andrew and his wife, Katie, were woken up in the early hours after hearing police officers talking on the grass in front of their property.

A friend who was staying had been out and returned to their home, but was grabbed by police.

"She was out partying and came back about midnight - 1 o'clock and got covered by cops in her cab and they just asked 'what are you doing' and 'where do you live, where do you live', ra ra ra. She was freaking out and was saying I live at number 10 not number 16."

"Yeah, it was just kind of building and during the morning and during the day everybody was asking a lot of questions and we really didn't know what was going on, and the cops weren't giving us much information, but they said if you did leave you might not be able to come back.

"It wasn't bustling action, it was just cop cars all the way and there were two big armed offenders trucks here (outside their gate) and just lots of police. There wasn't like mayhem or anything," says Katie.

Andrew says the main thing going on was just various meetings with the armed offenders squad.

"Guys bringing in supplies of water and Subway and whatever else for the guys hanging around. The road was just cordoned off and there was just a lot of cops and no-one really leaving their house." 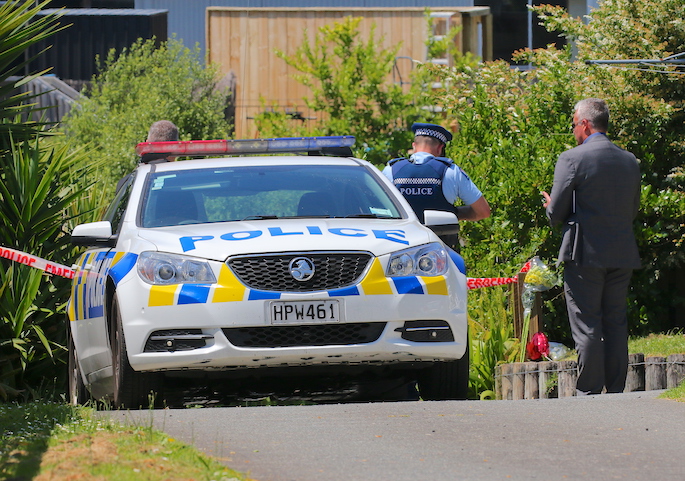 Coralie returned home from work at about midday. She was not allowed into the street but got home by walking through a neighbour's property.

She was on her deck watching the events unfold when police moved in to end the hostage drama.

"Saw a lot of movements going backwards and forwards with the armed offenders and we heard from some neighbours that it was a hostage situation but I didn't want to tell anybody because I didn't know my facts.

"All I saw was an ambulance pull up, gunfire, kids were pulled out, taken away, happy as, it was good and then just boom, boom, boom. It was good, a good result.

"It dragged on all day and then it was over just like that."

Coralie says it's surreal just sitting watching, but when the end came it was pretty obvious what had happened - there had been gunfire.

"It was so obvious and you couldn't mistake it."

She estimated around 10 or 12 armed police were involved.

None of the neighbours RNZ spoke to knew the man shot or the family involved.

Marsh says he had seen the guys a couple of times.

"He sat and glared at me the whole time, yeah, he wasn't right, but the kids were harmless as. I think my kids even played with one of their kids you know."

Andrew says he did not know him.

"Possibly a little bit of a recluse but apparently stood at the top of the driveway every now and again surveying the street, but yeah I have never met the guy or know him."

The Independent Police Conduct Authority has been notified and a Critical Incident Investigation is under way.

The man's death will also be referred to the Coroner.