And suddenly it's almost Christmas.

It happens like that. Sometime around October shops and supermarkets start playing Christmas music and selling candy canes from specially-themed displays.

Then it goes on and on and every time you shop there's some song playing about Santa, or of course Snoopy, who has clearly become the official canine spirit of Christmas. And you get lulled into a sense of false security that there's masses of time to go and no reason at all to rush around and panic.

And then, suddenly, it's almost Christmas.

So all I can do is thank you for taking time out to read this from what is most likely your busiest time of the year, time when you could be rushing from shop to shop collecting those last few presents for whatever tricky brother or sister or parent there is in your family who seems to have everything they need and says things like: “I've got everything I need this year, don't worry about me,” but you just know that if you don't find them something a little special and personal, it'll ruin the day for them...

But then Christmas is different for everyone.

Some spend it in communal family gatherings, surrounded by generations of whanau, grandparents to grandkids; some are on their own and can pass the day in whatever personal way they desire; many couples I know this year have found themselves unencumbered by kids and family and are enjoying a little self-indulgent time relaxing and recouping.

However, whatever your circumstances, I reckon there's a good chance you might turn on the old telly at some point, whether you're too full to move after a comprehensive wolfing down of Christmas turkey or barely able to function from excess Lindauer. Christmas day often ends with, or temporarily pauses for, a Christmas movie.

So allow me to recommend some options. Ten to be precise. They're most likely the same ones I've recommended in previous years since I have been unable to find any worthwhile additions amongst 2019's crop of Christmas films, unless you want to plunge into the painfully clichéd schmaltz on offer in The Mistletoe Secret, A Christmas Prince: The Royal Baby, A Very Vintage Christmas, Let It Snow, A Christmas Love Story, or Holiday in the Wild.

To give you some idea of these, that last one stars Sex In The City's Kristin Davis who, just before Christmas, is about to celebrate her second honeymoon in Africa. Then her husband dumps her. Unperturbed, she heads to the dark continent where – lucky Kirstin! - she immediately meets Rob Lowe and finds her calling helping to rehabilitate orphaned elephants. Yes, Dumbo's family deserves Christmas too!

But assuming that's not the sort of sweet Christmas story you're after, you could try these rather less saccharine Christmas-set treats...

10) CHILDREN OF MEN: because it's a serious dystopian sci-fi about the birth of a child who could be the key to the survival of the human race. Ring any bells?

9) IRON MAN 3: because you need one Marvel movie.

8) PROMETHEUS: because Christmas is better with aliens! And Idris Elba.

6) EDWARD SCISSORHANDS: because it's lovely.

5) RARE EXPORTS: because it's weird and wonderful and scary and funny and comes from Finland. And it's one you might not have seen before.

4) DIE HARD: because it's better than Die Hard 2 and The Last Boy Scout. Or watch all three for the full Bruce Willis Christmas experience.

3) GREMLINS: because it's still a bunch of fun.

That's all from me for now. Have a great Christmas; be happy and be kind. 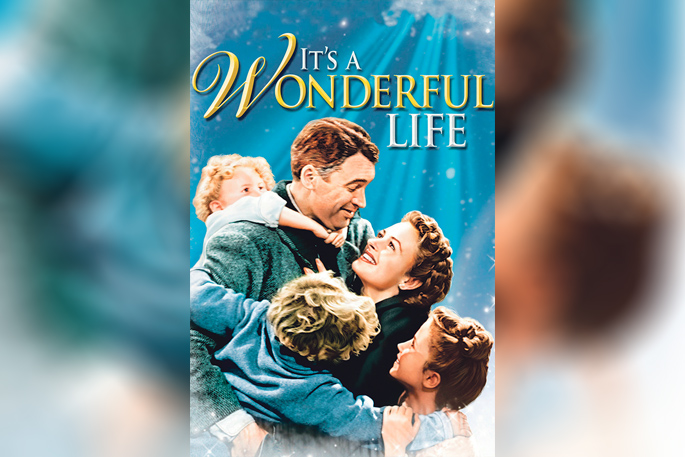