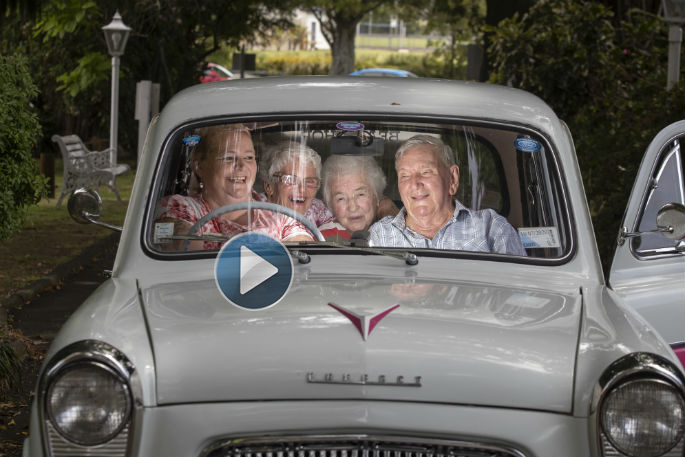 The trio of octogenarians were chuckling as they came towards me down the Oakland driveway in 13th Ave.

Rex OConnor, age 86, Jennifer Mundy, 81, and Shirley Boivin, 82, were going tandem skydiving. I wondered who the ringleader was.

“When I was quite young, I’d always wanted to do a parachute jump,” says Jennifer, “but you could never afford it then.”

“If it wasn’t for these jumped up birds I wouldn’t be here,” says Rex, who after 68 years is pleased to finally go sky diving.

“When I was 18, I did the compulsory military training. I said I want to be a pilot in the air force. They said: ‘who do you think you are?’ But I passed all the exams, kissed the right places and everything was sweet.”

“We had an hour each day for two weeks, and if you didn’t go solo in ten hours you were gone.”

It took him six hours and 25 minutes. After that as an air force reserve, he waited for General McArthur to cross the Yellow River, so that he’d be sent over to fight.

“I did seven years, but McArthur never crossed the Yellow River.

“I got called up regularly for training, but never got to jump out of a plane. I thought I was going to be a big hero but it didn’t work out that way.” 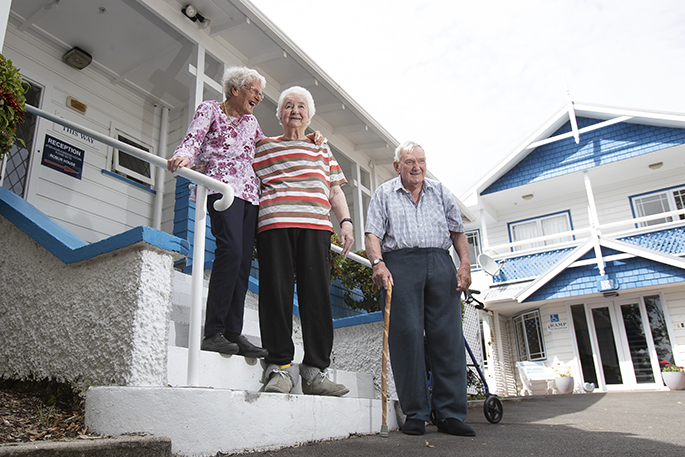 Shirley has been living at Oakland for about a year.

“It wasn’t my choice to come to a rest home,” says Shirley. She’d been flatting after having to sell her home following a divorce. “I was in hospital and they wouldn’t let me out until I had somewhere to go.

“My daughter-in-law and son arranged for me to come here.

“I’m very pleased they did, although it’s not what I planned for my life.”

For Jennifer, it was her own decision to move to Oakland.

“I had lost confidence at home and was having panic attacks,” says Jennifer. “I was staying with one son when he was home and when he wasn’t there I had another son stay with me for the night. But it just wasn’t practical. My family were willing to do it but I didn’t want to put that on them.

Rex has been an Oakland resident since November 2018 when he had a small heart attack.

“The doc said: ‘you’re not going to live by yourself anymore’.”

One of Oakland’s activities coordinators Shona Sharp had the idea for a residents bucket list after Rex flew in a Tiger Moth a few weeks earlier.

“I introduced him to a gentleman; you’d swear they’d known each other for years. Rex got into his Tiger Moth like a big kid and came back with the biggest smile. We took a group of residents out to see him go up and they were smiling just as much. And that sort of started the bucket list.”

The list has included a range of activities from dolphin watching to a picnic at Omokoroa beach, digging toes into the sand. 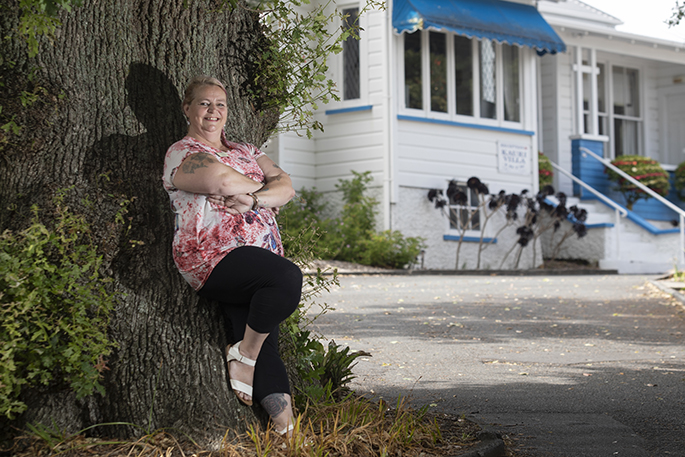 Shona’s role involves getting to know all 70 Oakland residents and their individual needs.

“I try to accommodate those needs. Some just want you to sit in their room and do music therapy. It could be anything from playing their favourite song to singing a song with them.”

It helps that Shona is an accomplished singer.

“I’m here to help them live their lives to the fullest and enjoy it.”

From the trio’s comments, clearly she is doing that, in between restoring her pink car, raising grandchildren and helping with community events. 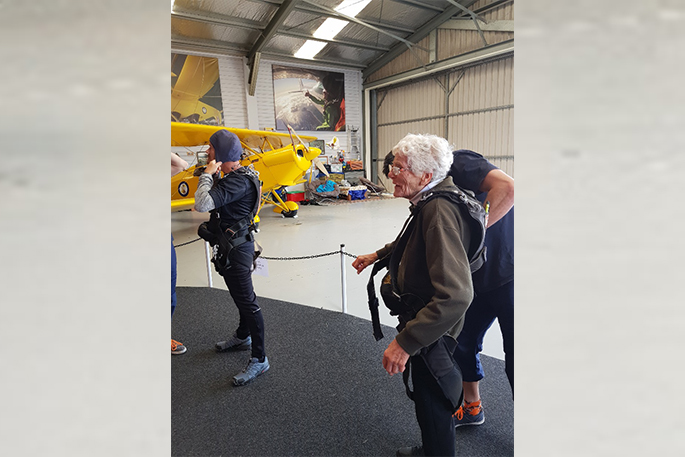 Rex told his doctor about the tandem skydive.

“You’re going to be in the newspapers when you die anyway,” says Shirley.

“Yeah but if I die half-way down, they’ll say: ‘that will teach the old bastard’,” says Rex.

Shirley reminded the other two that they were copying her idea of going tandem sky diving. There’s plenty of banter and Rex turns to confide in me.

“On Monday and Wednesday nights I go to the Citz Club to have a beer. I asked her to come and she told me to get rotten,” says Rex.

He is clearly enjoying the idea that the sky dive could double as a date with the two ladies.

“Yeah but Shirley is looking forward to pushing him out,” says Shona.

Later above the airfield, Shirley and Jennifer both jumped. Unfortunately Rex was unable to do it, with another resident taking his place.

However plans are afoot to visit a local virtual studio, so ‘watch this space’. 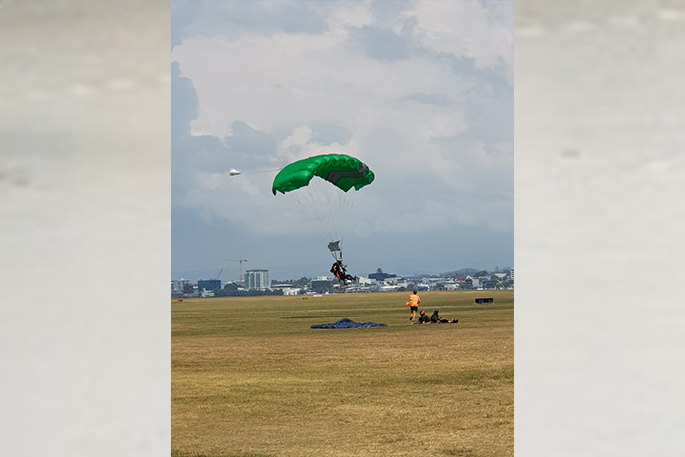