Is the Treaty a joke? Historian addresses topic

Tonight St. George’s Anglican Parish in Gate Pa is offering a free public lecture on the Treaty of Waitangi.

A director of the Waitangi Tribunal and well-known local historian Buddy Mikaere will be speaking on the topic: ‘Is the Treaty a Joke? – the Treaty of Waitangi 180 years on’.

On Thursday the signing of the Treaty of Waitangi was commemorated with events held at Waitangi and around New Zealand. Locally a Waitangi Day dawn service was held at Mount Drury followed by a day of celebration at the Tauranga Historic Village.

“It comes after fierce debate during last year’s local elections about the Treaty’s place in Aotearoa today,” says Rev. John Hebenton, vicar of the Anglican Parish of Gate Pa.

“On Sunday February 9, Buddy Mikaere will help us look afresh at the place of the Treaty for us in Tauranga, and in New Zealand 180 years on.”

The questions that Buddy will address are:

So what are we commemorating: A piece of legal history of no consequence today? A tool for the British to steal Maori land? A device that allowed Maori to enjoy the benefits of being part of the British Empire and access to European technology and knowledge? A document that set out the parameters of future race relations? What does the Treaty as our founding document have to offer us today 180 years after it was signed? 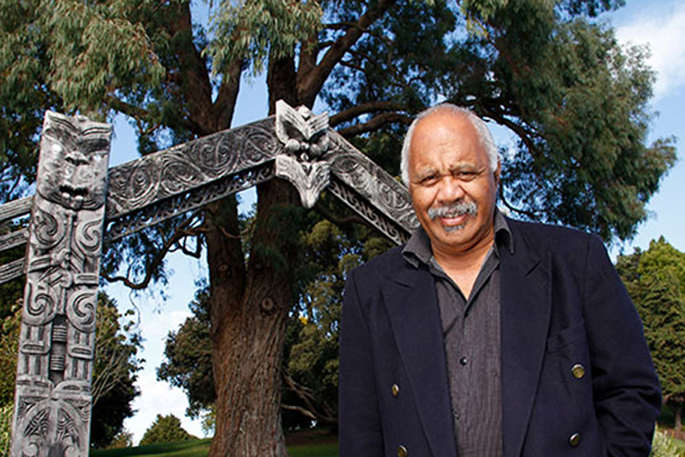 Buddy Mikaere is a professional historian by qualification and specialises in Maori consultation and associated activities working on his own account. For the past fourteen years he has facilitated Maori consultation for many development projects working closely with government departments, local government, large corporate companies and many other clients mostly in the area of resource consents. He is regarded as the country’s leading practitioner in his specialist area of expertise such as dealing with cultural issues arising from resource consent applications and has appeared as an expert witness on many occasions.

Prior to becoming engaged in consultancy work, Buddy was Director of the Waitangi Tribunal where he was involved in a major overhaul in how historical information was collected and published. It was the biggest ever research programme in the country and involved both recruiting the best graduate historians out of the universities and computerising the results. He has undertaken the preparation of a number of research reports and is a published author in his specialist field of 19th century race relations. He brings this experienced and expertise to the issues around the Treaty and its place in our society today.

Buddy has also served as an Adviser to the Foundation for Research, Science and Technology and as a Hearing Commissioner to the Far North and Gisborne District Councils and the Taranaki Regional Council. He spent seven years on the Board of the World Wide Fund for Nature.

Buddy is currently writing a biography of the Hauhau prophet Kereopa Te Rau; the man convicted of the murder of the missionary Carl Volkner in Opotiki in 1865.

The free public talk by Buddy ‘Is the Treaty a Joke? – the Treaty of Waitangi 180 years on’ will be held tonight, Sunday February 9 from 7-9pm at St. Georges Anglican Church, corner of Cameron Rd. and Church St., Gate Pa, near Mega Mitre 10

There may be an opportunity for questions at the end of each presentation. A koha – donations will be collected at the door to help cover the costs.

For more information about the public series of lectures, contact Rev. John Hebenton on 021 679 202 or email John.Hebentontssf@gmail.com