Rain forecast for the next 12 days. Supplied photos.

Cyclone Uesi remains a Category 2 tropical storm as it moves closer to New Caledonia and WeatherWatch.co.nz is picking an even bigger Cyclone later this week to New Zealand's north east.

Uesi is expected to drift into the Tasman Sea this weekend then around next Tuesday - in a much weakened state - it may brush the lower western South Island of New Zealand and unravel further.

Then it may linger with the remnants of the remnants (that does make sense!) potentially hanging around for days and may even spawn a new low.

Meanwhile, north east of Fiji this week a new low will form into a tropical storm.

WeatherWatch.co.nz projects the storm will become a "severe" cyclone being in more favourable conditions to grow than Uesi currently is in.

"This second cyclone will likely drift south over Tonga and lie north east of NZ next week.

"High pressure will dominate NZ, especially the North Island, acting like a protective bubble and, unfortunately, may block rain into the North Island for at least another 12 days."

This second cyclone may get close to NZ to the east - or it may track much further out to the east. It is not expected to make a direct impact to NZ other than affecting sea/marine/beach conditions.

"While no immediate good news for the drought zones, there may still be some increased chances of showers or even rain in the final days of February and moving into March," says WeatherWatch.co.nz

"The tropics are reaching peak activity over the next two months which increases the chances of rain in the dry north." 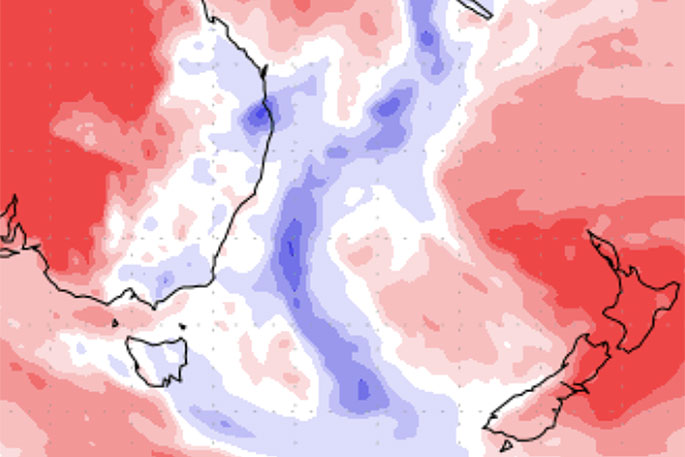 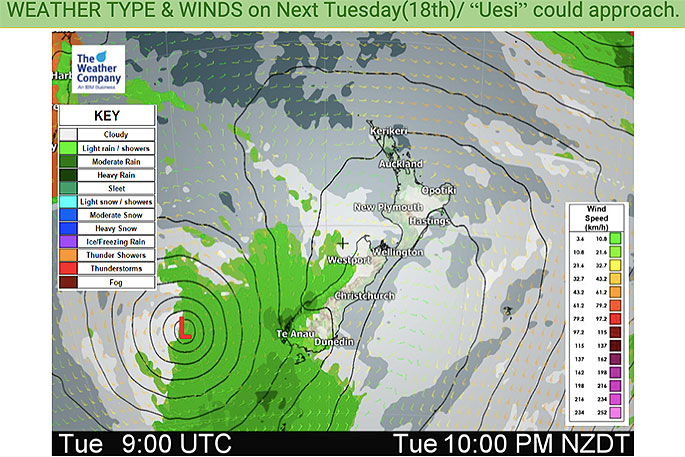 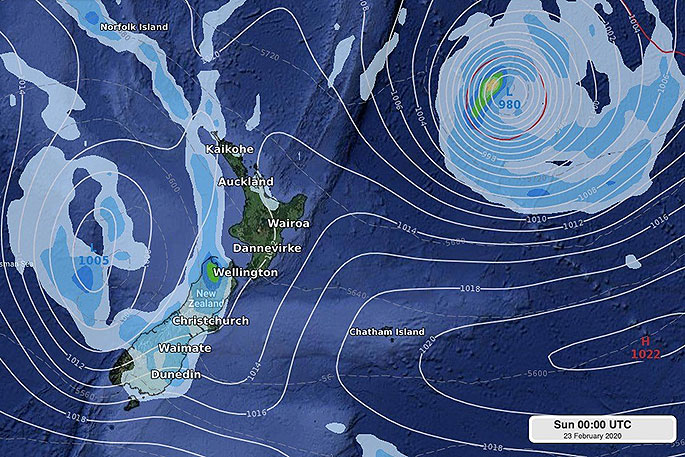 SUN 23 FEB - Remnants of Uesi to the west of NZ may spawn a new low. Meanwhile, to our east is another tropical cyclone...(not locked in for these positions yet being so far out).