The Chiefs finally gave the Super Rugby world a glimpse they could yet again be real contenders grabbing a 36-20 victory against the Stormers in Hamilton tonight.

In front of a 14,088 strong crowd the home side jumped out of the blocks by all accounts throwing caution to the wind in attack despite failing to show for it on the scoreboard early on.

Mixing much needed power with flair the home side gave the Stormers a stern welcome to Waikato Stadium, muscling up and driving their big forwards back with a number of shuddering tackles.

And after trading early penalties through the boots of first five-eighth’s Demetri Catrakilis and Aaron Cruden, it was the Chiefs who made the first blow thanks to their livewire Tasman connection.

Quick to pounce on a Stomers error Chiefs mid-field Tom Marshall fortuitously regathered his own grubber kick to set wing and Tasman teammate James Lowe up in the corner pushing the lead to 10-3.

The two championship heavyweights then traded blows, with the Stormers desperately hanging on to their slim deficit – thanks largely to the Chiefs somewhat rushed approach letting a number of opportunities slip.

But the cracks began to appear in the South Africans with the Chiefs delivering two quick blows on either side of the half first through Marshall and then halfback Tawera Kerr-Barlow.

Right on the stroke of halftime Marshall’s dogged persistence paid off collecting his own pass off a Stormers arm crossing in the corner to stretch the lead.

Then less than 60 seconds after the resumption Kerr-Barlow latched on to a Tim Nanai-Williams offload to scoot under the posts untouched.

That seemed to slowly jolt the Stormers into life adding a direct style of play into their game and forcing the Chiefs to cough up two tries as they went in search of a bonus point.

Fullback Gio Aplon crossed in the 61st minute before replacement flanker Nizaam Carr reduced the deficit to four with less than five to play.

But the Chiefs quickly responded grabbing two of their own and the bonus point first through Tevita Koloamatangi and then Tanerau Latimer burrowing over in his 100th Super Rugby match.

The win keeps the Chiefs unbeaten streak intact as they head for a three-week leg overseas with matches against the Western Force, Bulls and Cheetahs. 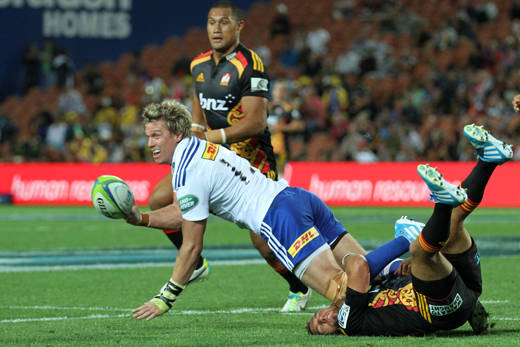 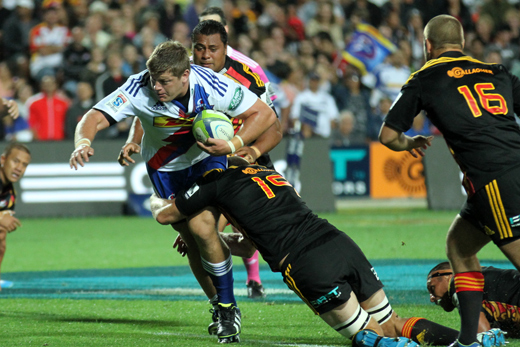 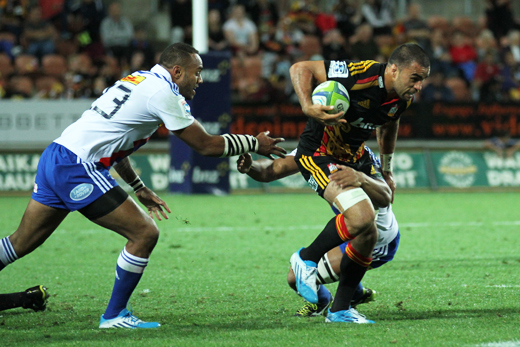 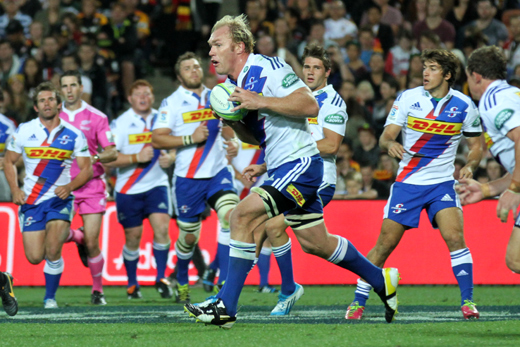 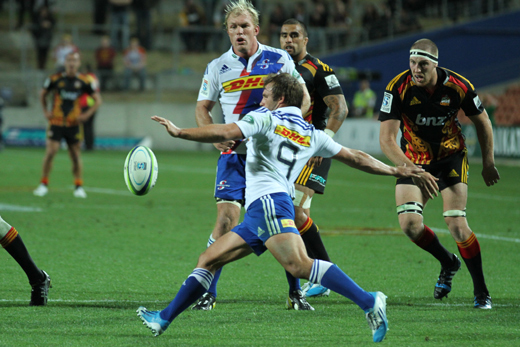 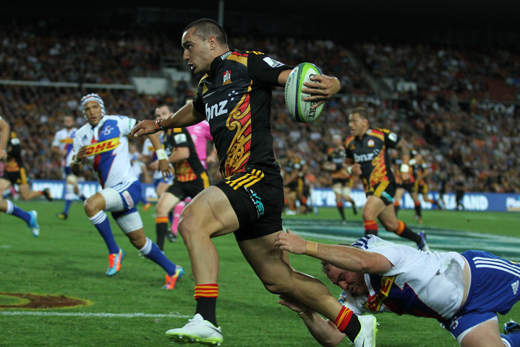 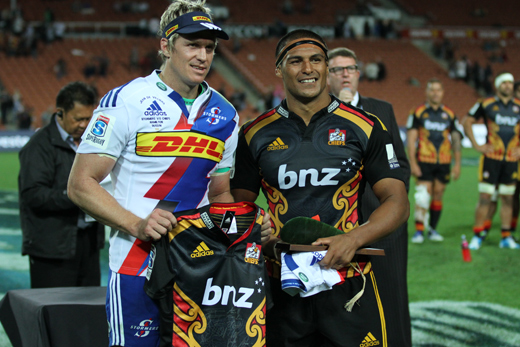 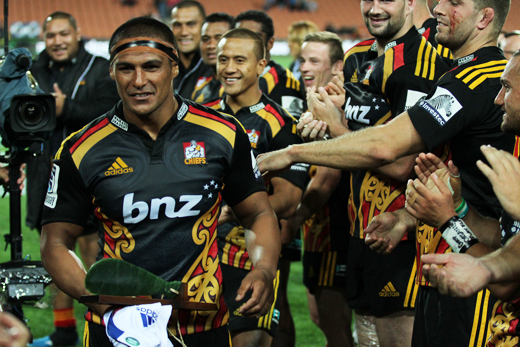 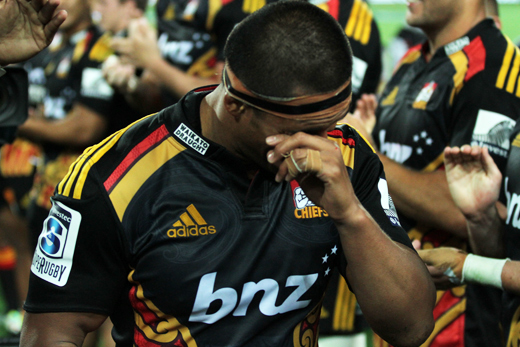