UPDATE 2.40pm: No one has been injured in the Port of Tauranga fire which caused two buildings to go up in flames.

Fire and Emergency were called to the building fire on Mirrielees Road at around 11.30pm and on arrival found a workshop and office building ablaze.

Port of Tauranga Chief Executive Mark Cairns says the incident is currently at fourth alarm level, with more than 10 appliances and 45 firefighters on site.

The fire is now under control and resources are starting to be released. There have been no injuries reported.

The cause at this stage is undetermined, but investigations will commence as soon as the fire is extinguished.

Mark says the emergency crews and port staff involved did an outstanding job of containing the large fire.

"We are very relieved that no one was hurt,” says Mark.

“The Tauranga Container Terminal remains closed to traffic but is expected to reopen within the next hour.”

EARLIER: Fire crews are still battling the blaze which razed a building in the Port of Tauranga.

It’s unknown when the fire will be put out, but a Northern Fire communications spokesperson says the blaze “is under control”.

“It’s definitely under control and they are starting to release some trucks now.”

The Bay of Plenty Regional Council has confirmed it will be putting booms into the harbour near the site of the fire as a precaution to catch any run-off from the firefighting efforts that may come out of the stormwater drains.

Reports of a fire started coming in at around 11.30am, with multiple calls coming in to SunLive saying that there is a large building fire and smoke can be seen billowing into the sky. Read more here.

Port of Tauranga says that Fire and Emergency New Zealand crews are on site at the Tauranga Container Terminal attending a large fire at a workshop. 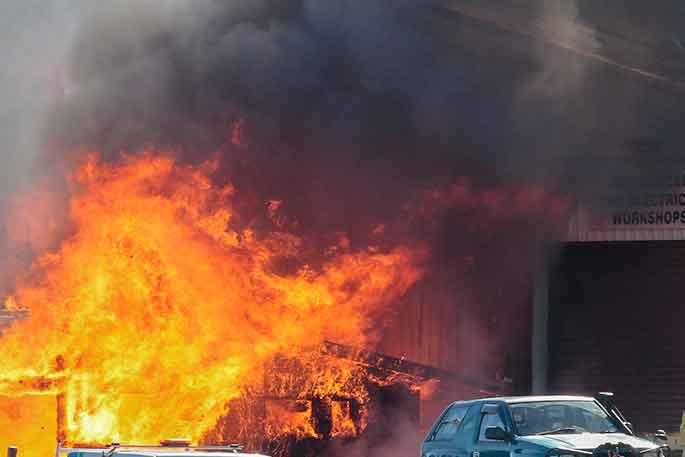 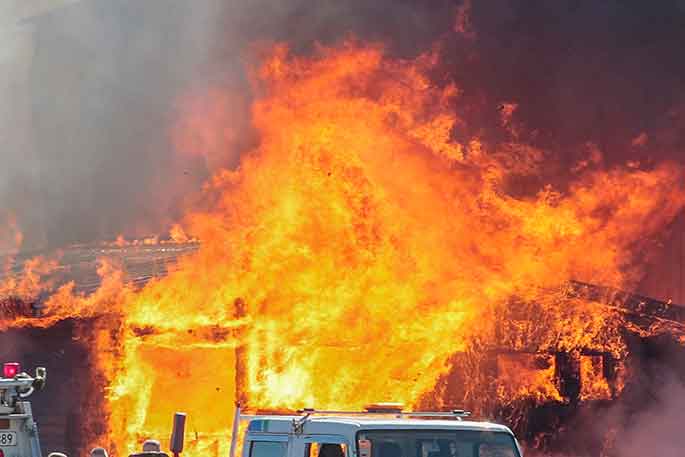 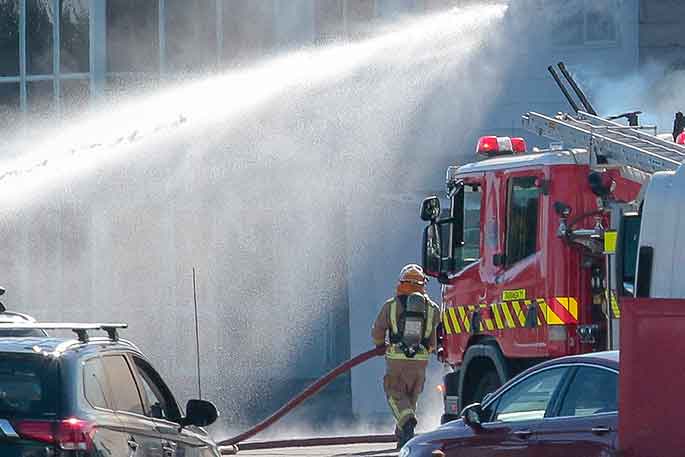 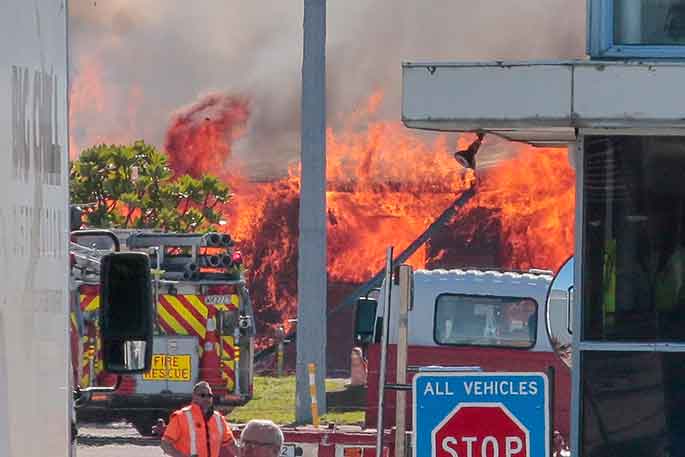