The Department of Conservation is re-opening tracks in Tauranga today after successful upgrade work to help prevent the spread of kauri dieback disease.

The work is part of DOC’s Kauri Dieback Recreation Project to prevent the spread of kauri dieback on public conservation land.

Since 2014, DOC has upgraded 76 tracks and permanently closed over 30 to protect kauri from this deadly disease.

Ten tracks in Tauranga were closed between November 2018 to May this year by DOC while the work was underway to ensure the safety of the public, the kauri and the contractors. Two remained closed until August for requiring additional safety checks and the installation of brand-new cleaning stations.

DOC’s Tauranga Operations Manager Jeff Milham says that this is an important step in protecting the Kaimai kauri for future generations.

“Over 12km of track has been upgraded, including the installation of new steps, fencing, platforms, gravel and 132m of boardwalk. The work has significantly reduced wet and muddy sections of track to minimise the conditions where kauri dieback spores thrive and improved the visitor experience.” 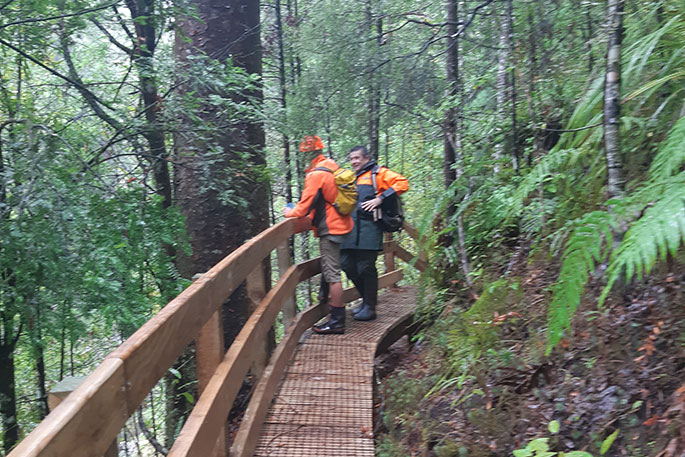 New structures in the Kaimai Range.

“We’re delighted the public can enjoy these tracks again and visit the Kaimai kauri in a much safer environment.

"We have been able to achieve a greater level of kauri protection in a place where kauri dieback disease has not yet been detected. Our kauri are very special to us and our Iwi partners so it is critical we give these taonga the best chance of survival possible,” says Jeff.

“We all now need to do the right thing and stay on track, use the cleaning stations and clean our footwear and gear before and after visiting kauri areas."

The following tracks have been reopened: 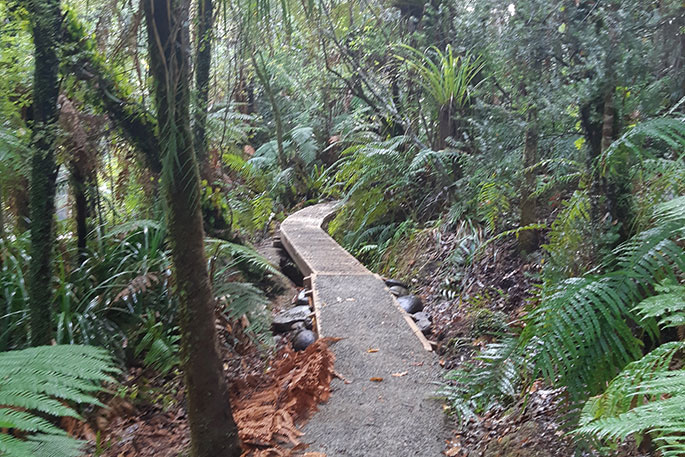 Upgraded tracks in the Kaimai Range.

Kauri dieback can kill kauri of all ages. It’s a disease caused by a microscopic fungus-like organism, called Phytophthora agathidicida (PA). It lives in the soil and infects kauri roots, damaging the tissues that carry nutrients and water within the tree, effectively starving it to death.

There is no cure for kauri dieback, and the disease kills most if not all the kauri it infects. It can be spread by just a pinhead of soil.

About the Kauri Dieback Recreation Project

In 2014, the Government provided DOC with funding to manage the human spread of kauri dieback on tracks on public conservation land. This resulted in the Kauri Dieback Recreation Project.

As there is currently no proven cure or treatment for kauri dieback, we can only save kauri by stopping the disease from spreading. To achieve this, the Project has taken the following approach:

•Introducing initiatives to change people’s behaviour, as the evidence shows that people are the main vector for the disease