Toomey hungrier than ever at Carrus Tauranga Open

Luke Toomey returns to his home turf as he’s in search of back-to-back titles on the Jennian Homes Charles Tour this week at the Carrus Tauranga Open.

After claiming his maiden title on the Jennian Homes Charles Tour last week at the DVS Pegasus Open, Toomey’s had a whirlwind last couple of days but is ready to reset and try and emulate his heroics last week.

“I was explaining to my team earlier in the week that never in my life have I had a stronger desire to win a golf tournament,” Toomey says.

“Last week was pretty cool to see that same mindset turn into application, and then that application turn into a result. The goal remains the same this week, which is to win the golf tournament.

“I think there is a time and place for goals or expectations to change at a cost of a result in terms of personal development, but last week and this week are about putting ice on the cake. The goal is still to win.”

Toomey is part of a special group at Tauranga Golf Club; a group of players who have all broken 60 around the par 70 layout. 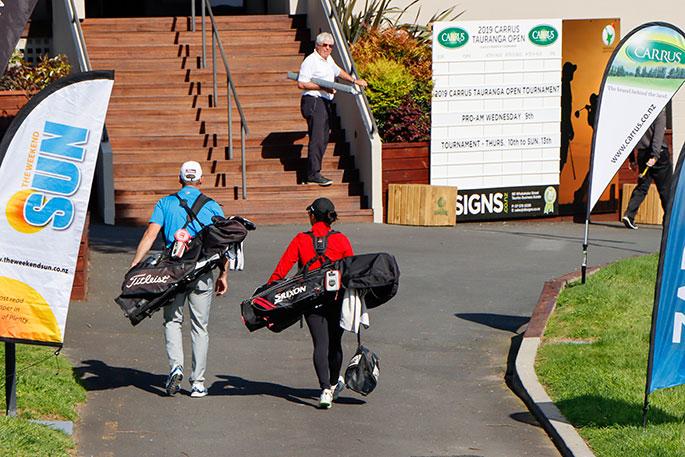 Golfers at Tauranga Golf Course ahead of the open. Photos: Bruce Barnard.

“The golf course will play a lot different this week to how it did when I shot 58 around here.

“The course is looking very lush and I’m honestly blown away by the work the team have done to get the course looking the way it is.

"The greens are in good condition, and I’d say there will be a slightly stronger penalty for not executing shots. But if you hit the ball on the fairways, an awesome score is right there,” Toomey explains.

Joining Toomey on the magic number are the likes of Jared Pender, Richard Lee, and four-time Carrus Tauranga Open winner, Mark Brown. They’re all people to keep your eye on.

Other players that could be in the thick of it come Sunday are last week’s runners-up Daniel Pearce and Lachie McDonald who also finished runner-up last year. Defending champion Kerry Mountcastle is also looking to recreate what he did last year.

In the women’s event, Mary Chen is also looking to go back-to-back after claiming her first ever tournament victory at the DVS Pegasus Open last week.

She won by three shots over reigning New Zealand Amateur champion Vivian Lu, and is sure to be a threat come Sunday this week

Live scoring can be found on www.golf.co.nz 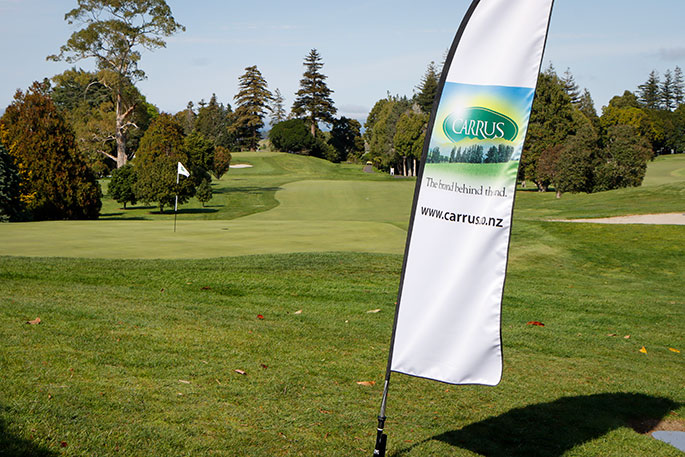